You're in working in the repos foo. You're working on a feature branch called beautiful-flower:

First, fetch origin, to get all the updates on it:

Now do an interactive rebase of origin/master on your branch. It will basically take your commits and place on top of the last commits on origin/master, without the useless merge commits of a git merge:

If something gets into conflict, resolve it, git add the files and git rebase --continue. If you do something wrong during the rebase, don't worry, just do a git rebase --abort and start everything again with git rebase -i origin/master.

After you have completed the rebase, your log should have all the commits from origin/master on bottom and the commits of your branch on top.

Now your branch is update with origin/master. If you want to push those updates to your remote branch, go ahead.

Rebase is a powerful tool to tweak commits

Use git rebase -i HEAD~n where n is the number of commits you want to tweak. Now you can pick, squash, delete, reorder, reword and do other little miracles.

It helps us to keep our history tight and readable.

Nice one, however I didn't follow it so much: 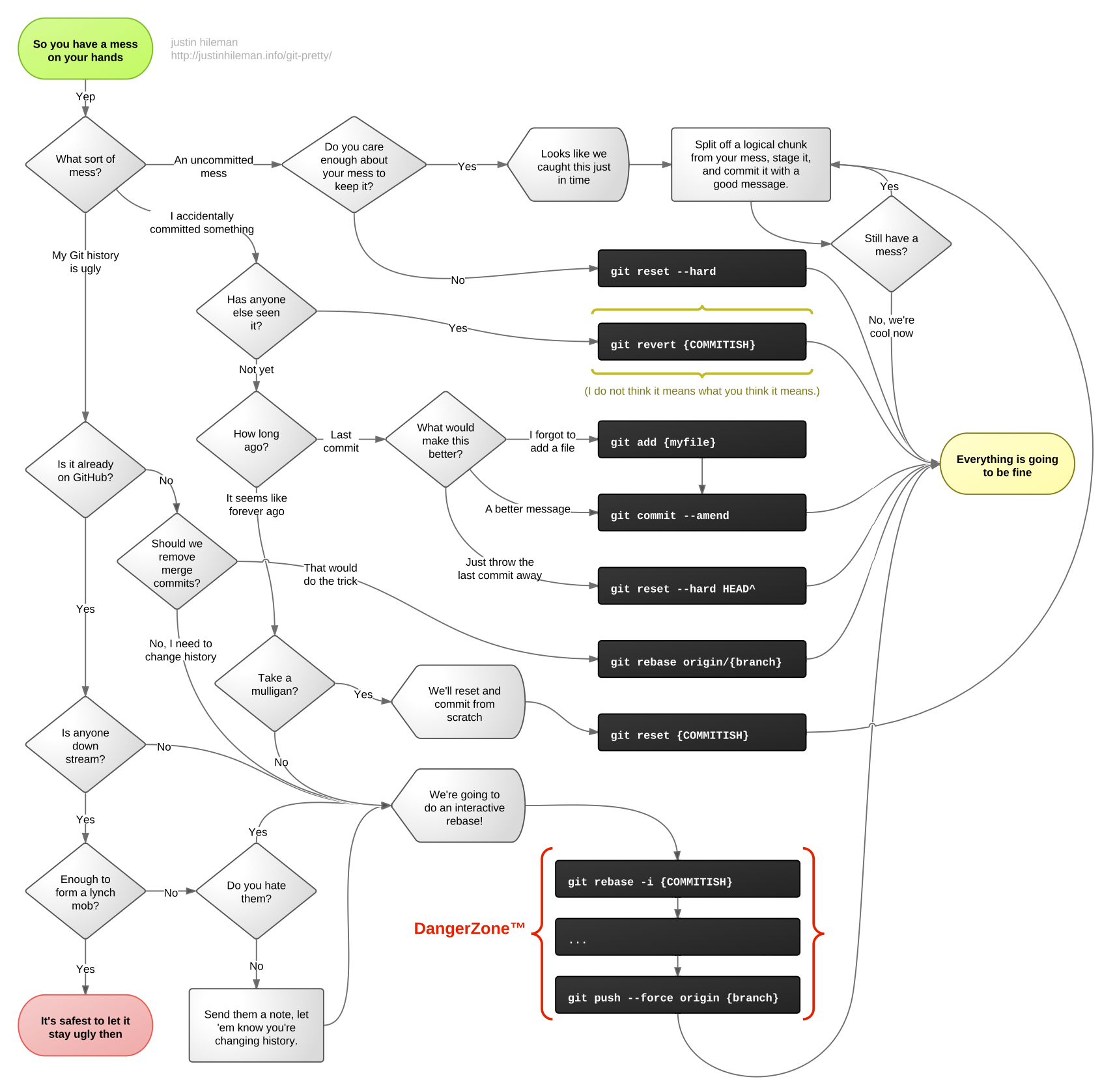 The slides of author is here.

Other practices from my own:

Add -p to git commit and other commands. It will give you the possibility to split your changes ini multiple commits.

Avoid git add -a or git commit -a

"For teams that have to do formal releases on a longer term interval (a few weeks to a few months between releases), and be able to do hot-fixes and maintenance branches and other things that arise from shipping so infrequently, git-flow makes sense and I would highly advocate it’s use.

For teams that have set up a culture of shipping, who push to production every day, who are constantly testing and deploying, I would advocate picking something simpler like GitHub Flow."

Git only cleans cache after days (weeks?). It stores every reference. To list all references:

Find the hash of the commit you want to go back and then: